It seems like the Blu-Ray release of Girls Und Panzer from Sentai Filmworks has put the fan-favorite series back into discussion lately, and it’s not difficult to see why.  It has the sort of delightfully crazy premise that only anime could bring us, and show itself is surprisingly entertaining.  It’s also not the only recent anime series to combine the seemingly opposite appeals of “cute girls being cute” and “things blowing up real good.”  For your convenience, dear reader, I’ve brought together the good, the bad, and the incomprehensible of this charmingly odd subgenre.  Panzer Vor! 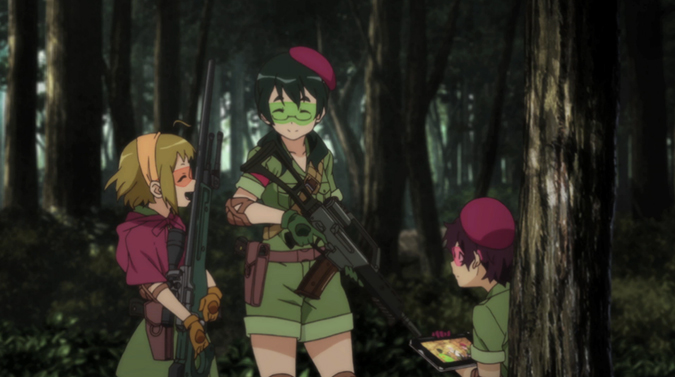 First rule of character design: the shortest girl gets the oversized sniper rifle.

This show with an incredibly long title follows Girls Und Panzer’s lead in adopting the plot structure of a typical sports anime, but trades vintage tanks for airsoft guns.  The idea of giving a cast of high school girls an arsenal of replica assault rifles may make some gun control proponents a bit uneasy, but the series itself is generally competent and good-natured.  Apart from a few awkward episodes, C3 generally avoids the temptation to sexualize the “girls with guns” premise, and the plot focuses primarily on themes of friendship and self-empowerment.  The main character’s overactive imagination allows for some interesting stylistic choices as she pictures the airsoft battles as cinematic action sequences.  C3 won’t rock your world, but it’s certainly good enough to be worth watching. 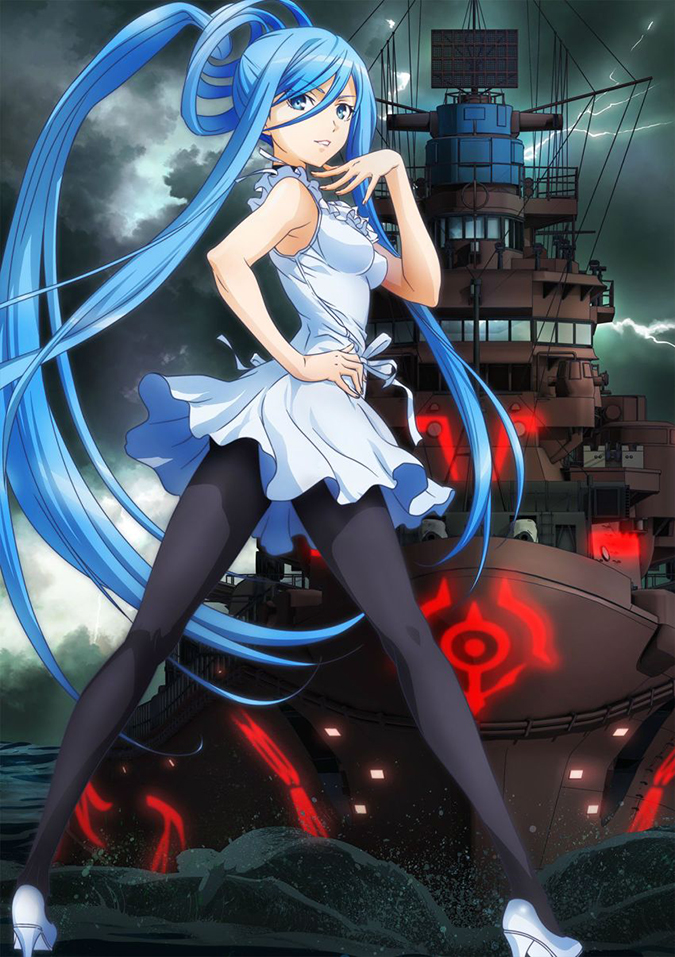 If you took Girls Und Panzer, combined it with the classic board game Battleship, and cranked the proverbial volume to eleven, you might end up with Arpeggio of Blue Steel.  The show features an armada of unmanned naval vessels, each one operated by an artificial intelligence personified as (you guessed it!) an attractive woman in a slightly ridiculous outfit.  The lively and diverse battleship girls start out as the villains of the series, fighting against a ragtag band of uninteresting humans and their awesome submarine.  As the series goes on, however, we begin to get hints that the dreadnought dames might not be all bad, and perhaps there’s hope for peace.  Blue Steel is a strange series for sure, but isn’t all good anime a bit bonkers? 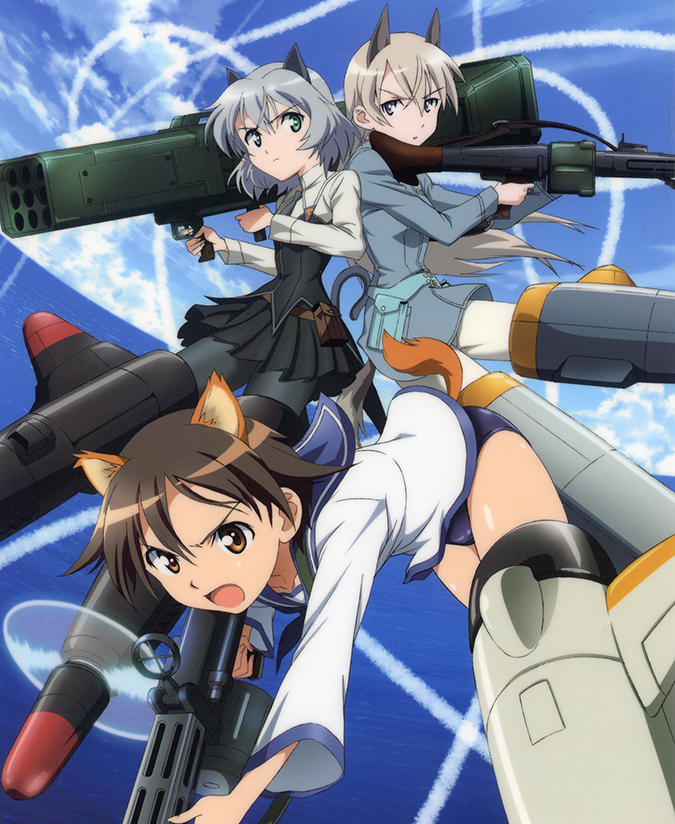 This was about as tame as the promotional art ever got.

You may remember this series from the “War on Pants” promotional campaign that Funimation ran for it.  To be perfectly honest, they were right on target with that slogan, since the female cast of Strike Witches apparently never took Wardrobe 101.  Ostensibly modeled after famous World War II pilots, the plucky airborne heroines suit up with some baffling leg propeller units, then take to the sky to shoot down aliens with machine guns.  If you can get past the absurd outfits and sleazy camera angles, there’s a surprisingly good sci-fi action show to be found.  If not, you may want to avoid flying these friendly skies. 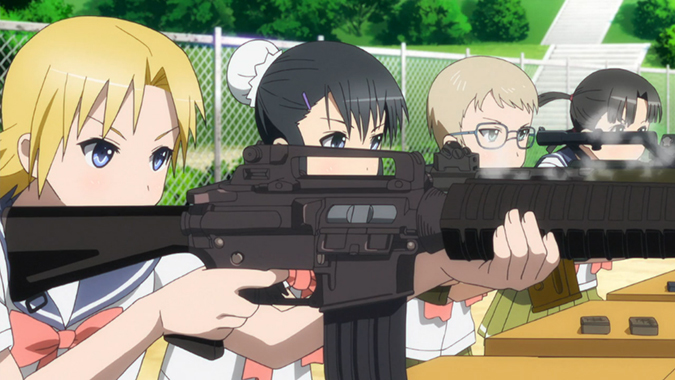 Never use the expression “Just shoot me” at this school.

If you thought the idea of arming schoolgirls with replica assault rifles was an odd premise, you may want to sit down for this one.  Upotte takes place at a special school where the students don’t just use firearms, they literally are firearms.  Automatic rifles from around the world are personified as quirky teenagers, with each weapon’s characteristics featured in the character’s personality or appearance.  For example, the M16A4 fires a three-round burst instead of being fully automatic, so its character is only energetic in quick bursts.  If you’ve just been hired by the ATF and need to familiarize yourself with the weapons you’ll be seizing from criminals, this is probably the most amusing way to do it.  While it’s surprisingly informative about its subject matter, Upotte also plays the sex appeal card on a regular basis and is genuinely bizarre.  It’s probably best approached with an open mind and perhaps a few bottles of beer.