The anime world loves a good parody. Whether it’s a casual Gundam reference or a full series dedicated to lampooning magical girl tropes, there’s a seemingly endless market for poking fun at the classics. At its best, this style of humor can serve as both entertainment and criticism, and can help shake us out of our complacency when it comes to putting up with genre clichés. For all of its good points, however, this school of comedy eventually raises a difficult question. How closely can a series imitate a genre without becoming a part of it? In other words, when is a parody no longer a parody? 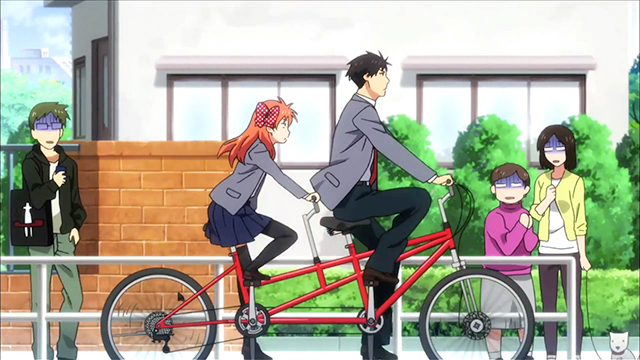 Double the seats, double the comedy.

The driving force behind this particular article is Gekkan Shojo Nozaki-kun, streaming in the US this season as Monthly Girls’ Nozaki-kun. The series features a fairly typical romantic comedy heroine, with the twist being that the object of her affections is a manga artist. While his work may be popular for understanding the hearts and minds of teenage girls, it turns out that our hero Nozaki is a bit oblivious when it comes to the emotions of real people. A poorly worded confession of love lands the heroine a job as Nozaki’s assistant, a task that sees her running into a supporting cast of eccentric characters. Each new face is based on a common character archetype, but their individual quirks play against our expectations.

The flamboyant playboy is constantly embarrassed by his own cheesy one-liners, and ends up being the inspiration for the female lead in Nozaki’s manga. The charming, princely “gentleman” is a girl, and her legions of swooning female admirers are a massive inconvenience for everyone around her. Onward the series goes, having a riotous amount of fun with our expectations as a seasoned audience. Most folks would leave things there and enjoy the ride, but this is Kawaii Overthink, dammit. I’m here to dig until I hit bedrock. 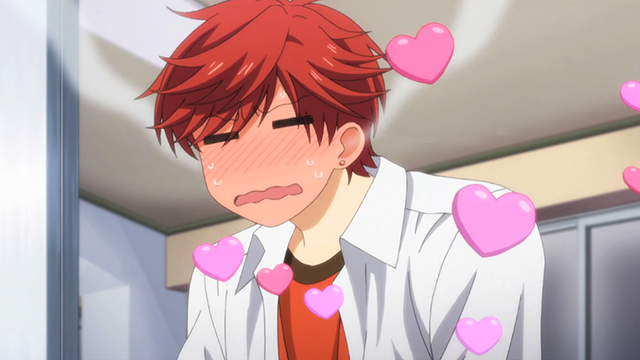 YOUR HEAD A SPLODE.

The question that needs to be asked is what happens if and when our plucky heroine Chiyo finally gets around to making her feelings clear to Nozaki. Would injecting a genuine, romantic storyline rob Nozaki-kun of its parody status and change it into a (very funny) romantic comedy? Can it still spoof the genre when we suddenly start to care about what happens to the characters, rather than simply waiting for the next punchline?

In order to find the answer, I’m going to reach out from the world of anime and manga and call on the 2004 zombie comedy Shaun of the Dead. That’s right, it came out ten years ago, and now you and I both feel old. The film functions as a parody of classic zombie movies, injecting a biting sense of humor into a fairly standard undead apocalypse. At the same time, however, Shaun of the Dead tells a story that stands on its own merit, creating likable characters and placing them in mortal danger. For all it does to poke fun at the genre, the film still uses many of the established rules in order to pack an emotional punch. Even the film’s tagline embraces this hybrid status: “A romantic comedy. With zombies.” 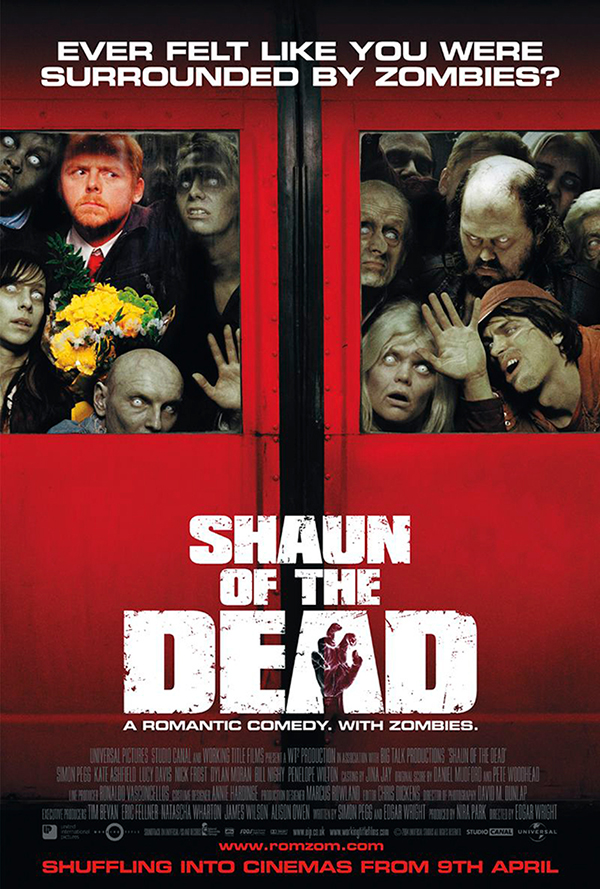 I’m still waiting for a crossover between this and Highschool of the Dead.

Should Nozaki-kun ever choose to ratchet up the dramatic tension, I expect it will end up occupying a similar middle ground. Once the story exists to do more than simply set up new jokes, I’m not sure we can call it a pure-blooded parody, but adding a bit of romance doesn’t simply undo all the series has done to mock its own genre. The end result might be best described as a kind of self-aware romantic comedy, one that makes jokes at its own expense even as it seeks to move the plot toward a satisfying conclusion. You can call that kind of genre hybrid whatever you like, but I’m going to call it one of my favorite shows of the summer season, regardless of what genre it ends up in.