Welcome back to Channel Chaser! For this week’s review, I’ll once again be looking back a few years to cover a show that has since ended, although to my great regret. It’s time to talk about Syfy’s quirky sci-fi dramedy Eureka. 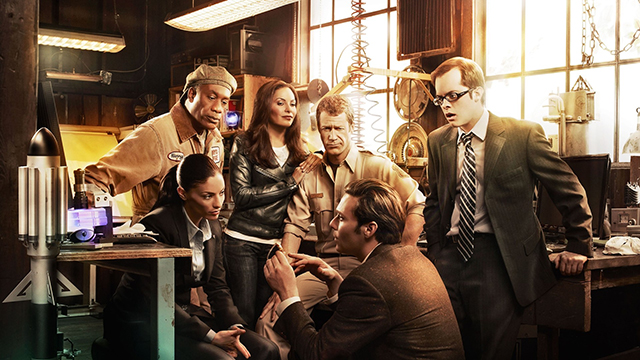 When it first premiered in 2006, Eureka was more or less an unprecedented phenomenon. While many of its fellow sci-fi shows, most notably the long-running Stargate franchise often used situational humor in dialogue and storylines, being funny was always secondary to action sequences and cool high-tech wizardry. Much like the town that gives the show its name, Eureka really was an experiment with a new kind of concept: can the sci-fi genre be made enjoyable for people who usually wouldn’t be into it? With an almost sitcom-like style, Syfy was trying to expand its horizons in terms of programming and move away from purely adventure and exploration-driven stories with spaceships and little green (or grey) men.

Anyway, as I mentioned before, Eureka is a show about a secret community in Oregon, hidden away from the rest of the world and populated by scientific geniuses in an uncountable number of specialized fields. Enter Jack Carter, a wayward U.S. marshal who gets caught up in one of a long series of the town’s experiments gone horribly wrong. While he’s far from a genius himself, Carter’s ability to connect with people and see simple, common-sense solutions to the complex problems of Eureka leads him to be promoted to town sheriff, charged with keeping the enclave of rampant science in line and keep it from more or less blowing itself up on a daily basis.

Much of the show’s humor, admittedly, comes from the rather obvious source of Carter’s lack of experience and knowledge compared to the people he serves. He’s frequently confused and baffled by the scientific gibberish floated by the townspeople and usually needs things to be “dumbed down” so he can get a handle on things. As such, many of the townspeople initially dismiss and underestimate his skill at enforcing the law, and Carter often calls in the help of his allies including Douglas Fargo, Allison Blake, Henry Deacon, and Zane Donovan to resolve the more complex scientific issues. Plus, there’s a ton of throwaway, deadpan gold in this series: the kind of scenes where Carter is confronted with a bunch of floating buildings and just sighs and shakes his head. “Oh, come on!” A special tip of the hat to Colin Ferguson for really selling the down-homey and yet street-smart sheriff. 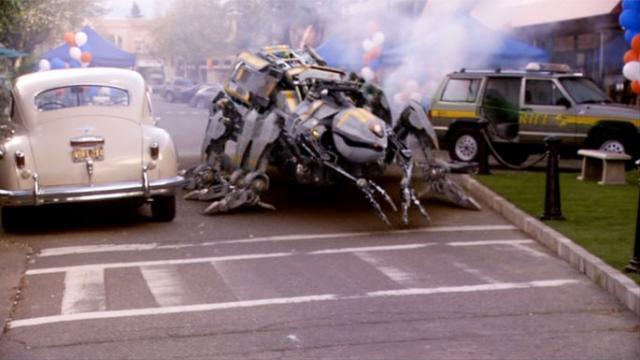 But that’s the kind of thing Eureka thrives on: quirks. That, and a refreshingly light-hearted approach to the sci-fi genre. Of course, that’s not to say the show doesn’t ever get serious. There’s been many times where things got real, including the deaths of some notable characters and even earth-shaking events that changed the very nature of the show itself. That said, you could easily skip the first and last seasons of the show with very little effect on your overall perception of it. The first season is pretty forgettable because the show hadn’t really established what it wanted to be yet: it was a strange mix of dark, conspiracy-style suspense involving an utterly alien Artifact (the one and only time something truly otherworldly happened in the show) that was promptly discounted and forgotten about entirely after the season ended, and the normal upbeat humor that the show later took as its own. And the last season…well, that was just a mess. A hurried wrap-up, a few too many throwaway characters, and a far-too-long drawn out storyline about a Matrix-style virtual reality that left many people traumatized to a degree that stretched the fabric of willing disbelief to its limits. I get bad things happened, but it could have been way worse, and IT WASN’T REAL! SO GET OVER IT ALREADY!

In between, however, are three whole seasons of just pure awesomeness and fun. Season four especially took a huge risk in that it involved time travel: something that the show had dabbled with before, but it did something with it that no show had yet done before, in that said time travel actually changed the makeup of the show in a permanent, lasting way. Characters traveled back to the 1940s and returned to a Eureka that, granted, wasn’t too unlike the one they left, but with some pretty big differences: different relationships and job positions being chief among them. It was a daring maneuver to shake things up, but with the help of some really stellar acting, it really, really worked.

In addition to each episode’s general plot, every season of Eureka also had an overarching storyline, much like Supernatural, Doctor Who, and countless other shows. The only real criticism I have for the show is that unlike said comparative series, its villains were never very well developed. Beverly Barlow in particular was a recurring character that I really despised. Her motivations for betraying the town in the first season were never really sorted out, and from then on she just acted as a sort of recurring antagonist with obscure motives who sort of just popped up whenever the plot didn’t have room for another bad guy. On the flip side, Henry’s transitions from being a good guy, to a bad guy, and back again to a good guy were well handled overall and very believable in contrast. The friendship between Jack and Henry, in spite of everything they go through, is for me one of the highlights of the show.

Eureka stands tall in the history of Syfy because it really has something for everyone: humor, action, adventure, family values, lessons in humanity and morality, why not to travel in time…the list goes on and on. But the most important thing about it is that at its core, this show has heart. It’s about a community of gifted individuals and some more ordinary people all working together for the betterment of humanity, and looking out for each other no matter what kinds of ridiculous things happen to them. That’s the kind of takeaway we could use a lot more of on TV these days, in my opinion.