Welcome back to Channel Chaser! I’ve been dying to do it for a while, but now that the season is over I can finally address it knowing everything I need to know. That’s right: today I’ll be talking about the CW’s newest super-powered hit, The Flash! 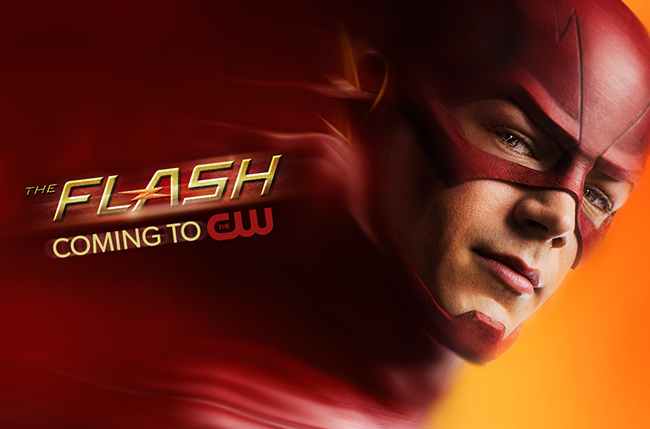 I’m sure anyone who knows even a little about comics doesn’t really need to know the backstory of The Flash, but for the benefit of those who don’t, I’ll do my best to keep it short. After his mother is murdered under mysterious circumstances during his childhood and his father unjustly arrested for it, Barry Allen grows up to be a shy, awkward, but normally happy-go-lucky forensic analyst for the Central City Police Department. But when a particle accelerator catastrophe puts him in a coma, he awakens to find that he can run at incredible speeds and has become “the fastest man alive.” Teaming up with a support crew of scientists at Star Labs and a few of his in-the-know co-workers at the police department, Barry decides to use his new powers to take the streets and fight crime as the speedy superhero the Flash…including a number of new villains who have gained powers of their own.

First of all, if it’s not already clear, I am completely and totally in love with The Flash. The speedster has always been one of my favorite superheroes, and I’m thrilled that such an awesome character was finally given his own show. It makes a great contrast and compliment to its parent show Arrow, the series that started the CW’s superhero universe. While Arrow will always have a special place in my heart, and its dark and gritty overtones have made it incredibly intense and exciting to watch, I honestly believe that The Flash has proven to be a better show even with just one season.

In regards to the overall plot, Arrow started a bit slow and took a while to pick up. The Flash started moving at breakneck speed, and never once stopped to look back–and I’m not just talking about the lack of flashbacks, which is totally fine with me. I suppose some people could accuse the show of not really taking enough time to establish itself and give exposition, but there was already enough of that through Arrow’s introduction to Barry in my opinion. As a result, we get right into the action while boring explanations are kept to a minimum. As a veteran fan of all things sci-fi, I was also delighted with how the show gradually introduced a time-travel element into the plot, and a mystery surrounding both Barry’s future and the motivations of Harrison Wells. While it’s true that many of us probably saw the reveal of Wells as Reverse-Flash coming, the writers did a superb job in weaving it into the story organically and not just coming out and saying it. 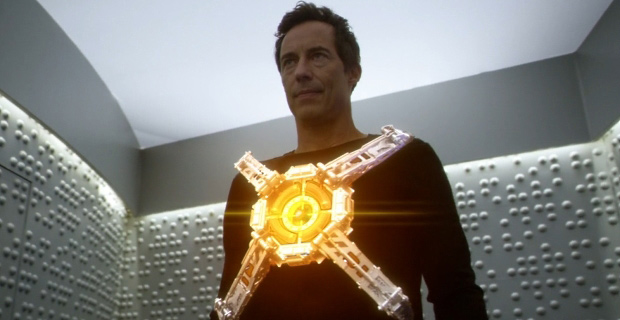 For devotees of The Flash in the comics, the show is also jam-packed with references, places, and characters that are iconic in the literature, from Captain Cold and the rest of the slowly forming Rogues to Gorilla Grodd, the aforementioned Reverse-Flash, heroes like Firestorm, and the other meta-humans that plague The Flash along the way. It’s true that in some ways, The Flash’s first season was very monster-of-the-week in style as Barry fights a different super-powered villain in pretty much every episode, but in this case I think it actually helped keep things moving rather than hindered the plot at all. Each individual story was interwoven with the larger story of Wells and Barry so well that it never felt like there was really a stand-alone, filler kind of episode.

I also enjoy The Flash because it reminds me in some ways of Doctor Who: the same sense of unparalleled adventure and fun, the joyous cheesiness, and the anarchic energy as it races along do a great job of pulling the audience into the story. Yes, that’s right, I said cheesy. But while The Flash is obviously a bit more bubblegum and sunshine that its parent show Arrow, I think it’s nice to see a superhero show come along once in a while that doesn’t have to take itself too seriously and can just be straight-up fun. On that note, a Doctor Who crossover with The Flash would be amazing: it would never happen, but it would definitely be amazing. And with the direction the show is going in now with apparently the creation of multiple universes and travel through time, it seems The Flash really is poised to become the new Doctor Who of superhero shows, in more ways than one. 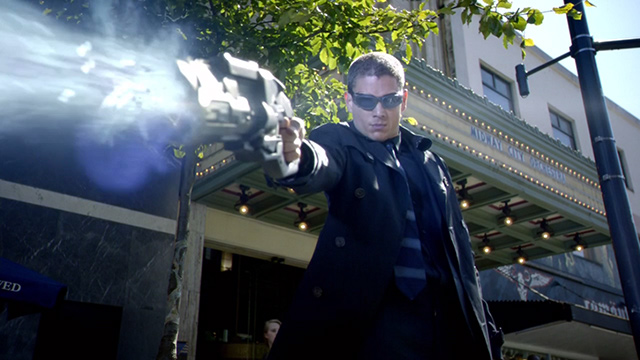 The characters also augment the sense of fun that is omnipresent in The Flash, and great acting never hurts either. While I had my doubts initially about Grant Gustin as a leading man from his brief stint on Arrow, he’s really matured over the course of the show to becoming a more adult and responsible person, all while staying the just really cool guy he was before he got powers. It’s refreshing to see a genuinely nice guy get to be a superhero for once rather than just some brooding, guilty playboy billionaires. Cisco and Caitlin are great partners and friends for Barry and each other, acting like a brother and sister for him much of the time.

And of course Tom Cavanagh knocks it out of the park with Harrison Wells. Here’s that best kind of villain who not only is understandable, but even likeable. Despite his undoubtedly evil deeds, it’s clear that Wells actually cares for Barry and the other characters and has often provided sound, wise advice that has helped Barry mature into the hero he is now. I was pretty disappointed when Wells was killed off at the end of this season, but with all this multiple timelines stuff going on, I highly doubt we’ve seen the last of the Reverse-Flash, especially seeing as he’s The Flash’s arch-nemesis.

If the show has one weak point, it’s probably Iris West. I feel like it’s not Candice Patton’s fault that Iris is sort of one-dimensional, but the writing so far hasn’t really made me want to care about her, and she’s really only here to be a love interest and motivation for Barry. She does, however, make a very good meta-point about how heroes shouldn’t lie and hide their identities from the people they care about on the basis of keeping them safe. Seriously, when will these people learn the really tired cliché of “ignorance is safety” just doesn’t work? If you don’t believe it after watching it bite Barry week after week in The Flash, I don’t think you’ll ever be convinced.

I really wanted to give this a perfect score, but I’m forced to admit that The Flash isn’t perfect, while it does come pretty close. Despite a few weaker characters, a bit of cheese, and a touch of annoying naivety once in a while (yes, I’m looking at you, Barry. Did you really think you could make deals with the bad guys?), The Flash is an incredible joyride that brings the zip back to the superhero genre: an epic, fantastical feeling that I think is sadly lacking in a lot of fiction today. The sole purpose of this show is to give people a good time watching it, and it most definitely succeeds. I for one can’t wait to see Barry keep on running, and I hope he never stops.