Last week, Yen Press announced a slate of new licenses for their Yen On line of light novels. The new titles included the source material for a number of popular anime series, including No Game No Life and Log Horizon. The announcement was a welcome bit of good news, and many fans are justifiably excited about the prospect of light novels becoming more commonplace in the US. It’s worth noting, however, that this far from the first time an American publisher has taken a shot at mixing in some prose with the usual helping of graphic novels. 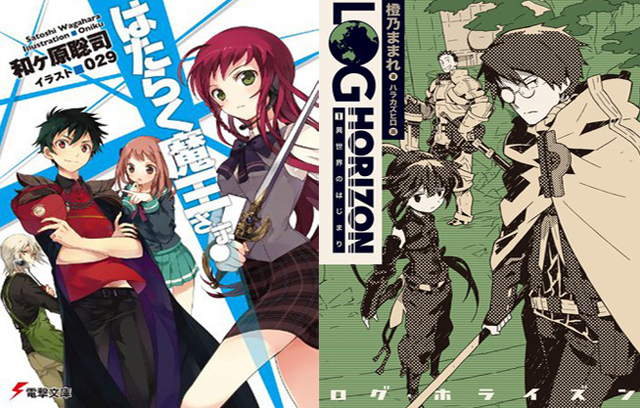 I prefer The Devil is a Part-Timer! over No Game No Life, so it’s going in the cover image. Being the evil editorial overlord has its perks.

Even before the releases of Sword Art Online and Accel World earlier this year, light novels had a presence on store shelves. The folks at Viz have put out a significant number of text releases through their own novel line, Haikasoru. If you’ve picked up and enjoyed a copy of Battle Royale, All You Need is Kill, or Mardock Scramble, they’re the ones to thank. Vertical has also been an active participant in this market, and one would imagine that the upcoming Attack on Titan prequel novel will move more than a few copies. You’ll also find recent and/or upcoming releases from Dark Horse, Seven Seas, and more.

Go back far enough and you’ll find even older examples of light novels getting the English-language treatment. Somewhere in a dark corner of my house, there sit Crest of the Stars and Slayers novels from Tokyopop.  That first Slayers volume is almost exactly a decade old. So, no, the idea of translating and publishing Japanese novels in the States is not a particularly new one.

It’s not as if Yen Press is only just getting into this market, either. New volumes of Spice and Wolf and The Melancholy of Haruhi Suzumiya have been coming out since 2009, all with the little winged Y logo printed somewhere on their covers. Apart from expanding their catalog and creating a dedicated product line, they seemingly haven’t done anything new with this most recent set of acquisitions. 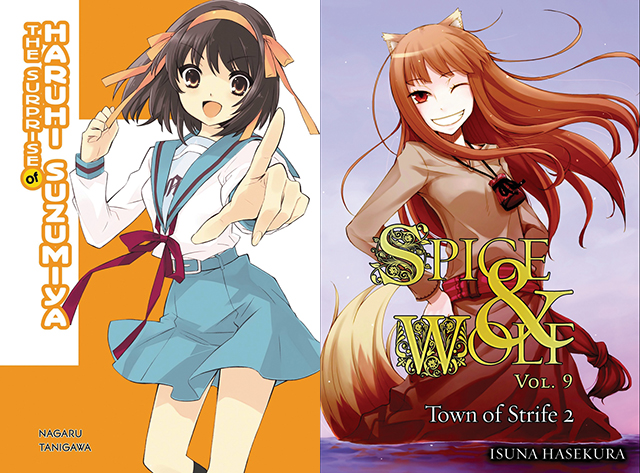 I say “seemingly” because there is, in fact, something novel going on here. (I offer no apology for that pun.) In recent years, even the more prolific publishers have adopted a cautious, measured approach to translating novels. Viz’s Haikasoru line focuses on serious sci-fi, fantasy, and horror stories, all of which have the potential to sell well beyond the usual manga demographics. Between the subject matter and cover art, they’re clearly aiming to bring in readers who’d never give a graphic novel a second look. For their part, Yen Press had previously focused on titles with an established US fanbase, like the Haruhi Suzumiya franchise. Translating a full novel is a lot of work, and publishers have been naturally cautious about putting in the time and money for something that might not end up being worth it.

That, in a nutshell, is what makes the new announcement exciting. Yes, many of the new Yen On titles have some sort of existing US fanbase, but not to the extent of Titan or Haruhi. These licenses represent a bigger risk, which means that the market is apparently encouraging enough to justify giving it a shot. If these “almost-popular” series can make a go of it, it may signal that the US is ready for more. Many popular anime series in recent years started as light novels, and most of them ended with plenty of source material left untouched. Give the LN market a few years of success, and we might start learning firsthand how all our favorite shows were actually supposed to end.

Have we been here before? Yes. Will light novels finally hit it big this time? Maybe. As with any risky licensing decision, the sales numbers will ultimately be the measure of success. Similar hype trains have derailed themselves in the past, but I’m holding out hope that this one will stay on track.

Kawaii Overthink is written by Paul Jensen. You can follow his ramblings about anime and manga on Twitter. Check back every other Wednesday for new articles.