For all my readers, welcome to the first edition of Channel Chaser! In this column, I’ll be discussing everything TV-related, from reviews and trends to discussion and analysis.

First, a bit about myself: I am a senior journalism major at Ithaca College in New York, originally from Philadelphia, an aspiring writer, and an avid watcher of all things television. While I can’t say I’m a fan of the video medium when it comes to news–I’m more a radio guy myself–I will say that pretty much any kind of fictional programming on TV can grab my attention.

But enough about me: today I’d like to talk about the recent resurgence of one of my long-time favorite television shows, the CW’s Supernatural. 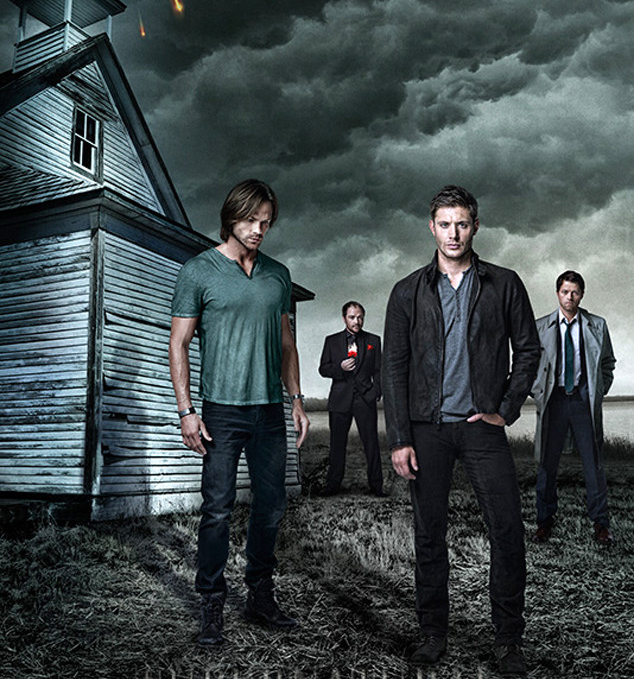 It’s no secret among fans that Supernatural has dragged in recent years; in truth, the show was only supposed to last five seasons, but due to its immense popularity the CW wanted it back for more. With its main producers and writers departing, however, the story suffered; season six was blasé, and season seven was downright terrible. I–along with many other fans, I’m sure–prayed to Supernatural’s supposedly missing-in-action God for the series to be cancelled and stop it from ruining my cherished memories.

I was forced to eat my words, however, when the eighth season’s storyline began once again to draw me into the battle of heaven versus hell; I once again dared to hope that the show might be getting better. When I watched the season’s shockingly epic finale, where all angels were expelled from heaven and fell to the Earth, I was thrilled and amazed, and it only took a few episodes of season nine, which premiered last October and is nearing the middle-end of its run, for me to realize that my hopes were confirmed; the Supernatural I know and love is back.

What is it that makes this new season so great? Well, if you really don’t want to be spoiled, you should turn back now; I’d tell you to go back and start from episode one of this wonderful show, but you’d have a lot of catching up to do.

The relationship between Sam and Dean is greatly complicated in season nine as, while Sam lays dying in the aftermath of the unfinished trials, Dean recruits an angel named Ezekiel to heal him by secretly possessing Sam and leaving no trace of his continued presence. The plan backfires, however, when “Ezekiel” turns out to be Gadreel, an angelic criminal who takes total control of Sam, kills prophet Kevin Tran, and declares allegiance to Metatron, the now dictator of heaven and the show’s new big bad. While he is eventually able to cut Gadreel loose, Sam explains that he would rather have died and that he cannot trust Dean anymore; he wants to keep their relationship strictly professional. As goofy as this sounds, it is incredibly heartbreaking to see the two boys out on a case, talking and bantering like in the good old days, and then to see Sam leave Dean without a word and slam the door to his room the second they return home. This conflict is shown to have hurt Dean deeply, his guilt moving to him to more reckless actions, such as accepting the Mark of Cain despite warnings of a terrible price to be paid, and upping the tension of the series to new heights.

Heaven’s patron saint, the renegade angel Castiel, has grown a lot since his first appearance in season four; his penance in Purgatory, stint as a lunatic, and being betrayed by Metatron aside, he begins the season stripped of all his angelic might and working a gas station counter as a normal, powerless human. While this doesn’t last long­­–Cas “gets his mojo back” around episode nine–it finally humbles him and puts him in mortal shoes for long enough that he can empathize with the human condition.

On the other side of the street, king of hell Crowley is up to his old tricks, but is also brought down a peg after showing a glimpse of his former humanity and being unseated from power. It also doesn’t help that he is essentially the Winchesters’ prisoner for the first half of the season, and is only freed after possessing Sam to help him kick Gadreel out of his body. Despite being as snarky, self-serving and egotistical as ever, Crowley also shows signs of redemption as he dwells on the effects of the previous season’s trials and appears more willing to help the brothers toward the common good.

The mythology and structure heaven is also greatly explored in season nine as all the angels, tossed out of heaven by Metatron’s spell, struggle to fit in among humans with disastrous results. More factions have emerged; some who want to retake heaven and use mass media outlets like Internet preachers to get thousands of people the world over to agree to possession, to others who are violent anarchists and want to take over the Earth, and still more who are caught dangerously between camps. In a particularly fascinating episode, Dean, Sam, and Castiel encounter a Rit Zien; a heavenly battlefield medic who can mercy-kill wounded angels and is attracted to feelings of pain. The angel, who filled a useful function in heaven, is out of place on Earth and goes on a killing spree as every human who feels even a briefly painful thought is at risk of being summarily executed. Also, the absence of God is finally explained as it is revealed that He left due to sadness and anger at Gadreel’s incompetence; Gadreel had been God’s most trusted angel and guardian of the Garden of Eden, but was disgraced when the serpent got in on his watch and corrupted mankind, God’s most prized creation.

While I may not be able to give a certain verdict as of yet about season nine’s value, I can definitely say that this new season has done more than I thought possible to restore Supernatural’s credibility and put the show back on track. Who knows; maybe miracles do happen after all.