Video games starring famous superheroes have been around since video games themselves have been around, but for some reason I never played many of them. Perhaps it was because I noticed many superhero games that were released for the Nintendo 64 and Gamecube when I was growing up were clumsily thrown together and that they were nothing more than shameless movie tie-ins. My not playing superhero games back in the day was also likely because I didn’t see how compelling superhero stories could really be until my mid-teenage years, when the first of many spectacular superhero films started rolling out of Hollywood. Films like Iron Man and The Dark Knight didn’t just have me on the edge of my seat. They also had me pondering about the many moral dilemmas our heroes had to face throughout their adventures.

I know I’m a couple of years late jumping onto the bandwagon, but last week I downloaded Batman: Arkham City, which is part of the recent WB Games Humble Bundle (The Bundle gave me Arkham Asylum as well, but I’ll admit it, I’m a Mac gamer so I can’t play it). Almost immediately I saw why Arkham City gained such high praise from critics and comic book fans alike. The story is deep, and the atmosphere is perfect for a Batman game. The combat mechanics put you in the middle of the action. This game sets the bar for any superhero games that follow it. And for somebody like myself who hasn’t played many superhero games, I’m amazed at how high that bar is.

What sets Arkham City apart from other superhero games is how they take the player’s ability to make choices, a mechanic in games that is increasing in importance as the medium further evolves as an art form, and apply that ability to characters that have developed over decades of appearances in DC Comics. One of the most powerful scenes to me in the main storyline is when you have to make a serious choice playing as Catwoman: you just broke into Hugo Strange’s vault, took out large groups of his soldiers, and made out with two briefcases filled with his most valuable possessions. But you see on a television near the vault that Batman is pinned under some fallen rubble. Here you are given a crucial choice. Should Catwoman leave Arkham City with the stolen goods as she planned, or leave the loot, turn around and save Batman? Naturally I chose the latter of the two options, and in doing so I overcame a classic philosophical dilemma: do you get more fulfillment out of helping yourself, or helping others? 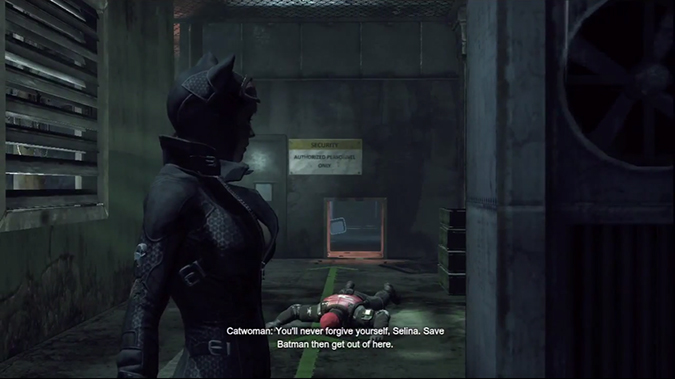 This question is even explored through some of Arkham City’s massive cast of villains. In some of the game’s missions, you find Batman having to save (and later teaming up with) iconic villains from the Batman universe. In particular, early in the main story Batman finds himself saving Mr. Freeze who is being held captive by the Penguin. The two then work together to find a cure for the poison in the Joker’s blood, which was also transfused into Batman’s bloodstream. While Batman and Mr. Freeze never act entirely friendly to one another, the two unite briefly with a common cause which shows that even some of the nastiest villains can have some good in them too. As Batman, you can even choose to return the favor in a later side mission to rescue Mr. Freeze’s wife, Nora. 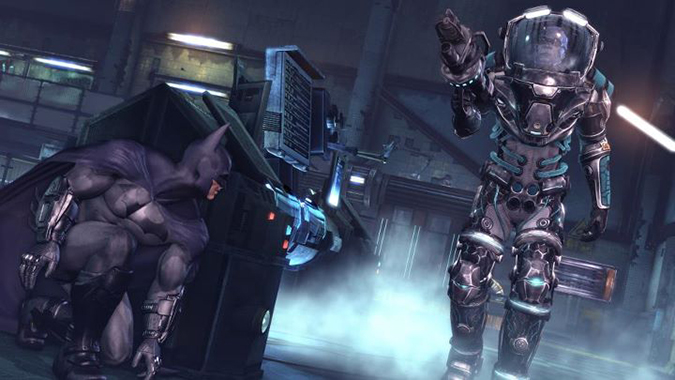 At this point in the game, I’m getting very close to completing the main story, where (naturally) the entire fate of Gotham City lies in Batman’s hands. But once I am done, I will still be performing heroic deeds across Arkham City in side missions, continuing to explore the moral dilemmas that come with being a superhero. Even as I play through the main campaign, I feel troubled. I can hear the distant shouts of people in need throughout Arkham City. But Gotham as a whole needs my help right now… Don’t the needs of many outweigh the needs of the few?

Finding these moral questions to ask while playing Batman: Arkham City has in many ways made me question my own moral philosophies, just like a good comic book or superhero movie. And that’s the way good superhero video games should be too.